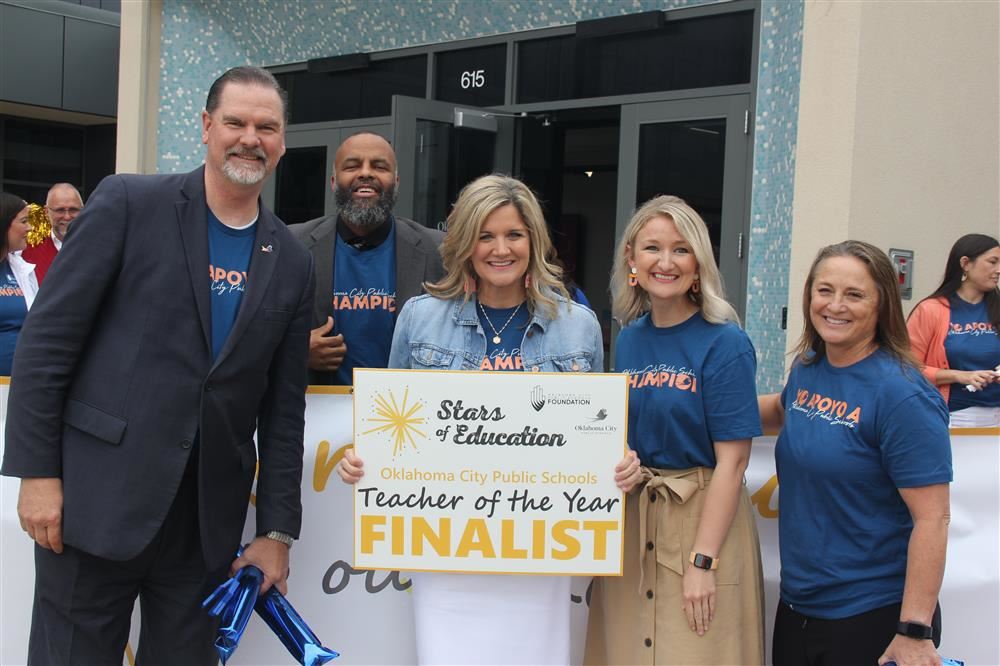 Banz has been teaching at Oklahoma City Public Schools for five years and is currently the Director of Orchestras at Classen School of Advanced Studies High School at Northeast. She was honored as this year’s winner after receiving the highest scores from the panel of judges for her written application, interview and classroom lesson evaluation.

“I feel very honored right now. I’m completely overwhelmed,” said Banz. “Thank you to my parents who bought my first viola. Thank you to my administrators who support every idea I throw out there. To the other finalists, you all are outstanding. This is an incredible honor. Thank you to all my students throughout my teaching career. I would not be the teacher I am today without you.”

“Our district is full of amazing teachers, and we are proud to celebrate the dedication of all OKCPS teachers now and throughout the year,” said Mary Mélon, President and CEO of The Oklahoma City Public Schools Foundation. “Our Stars of Education program allows us to shine an extra light on our nine Teacher of the Year finalists and our Oklahoma City Public Schools Teacher of the Year. These individuals represent the best of the best this year and we are so proud to recognize them and tell their stories.” 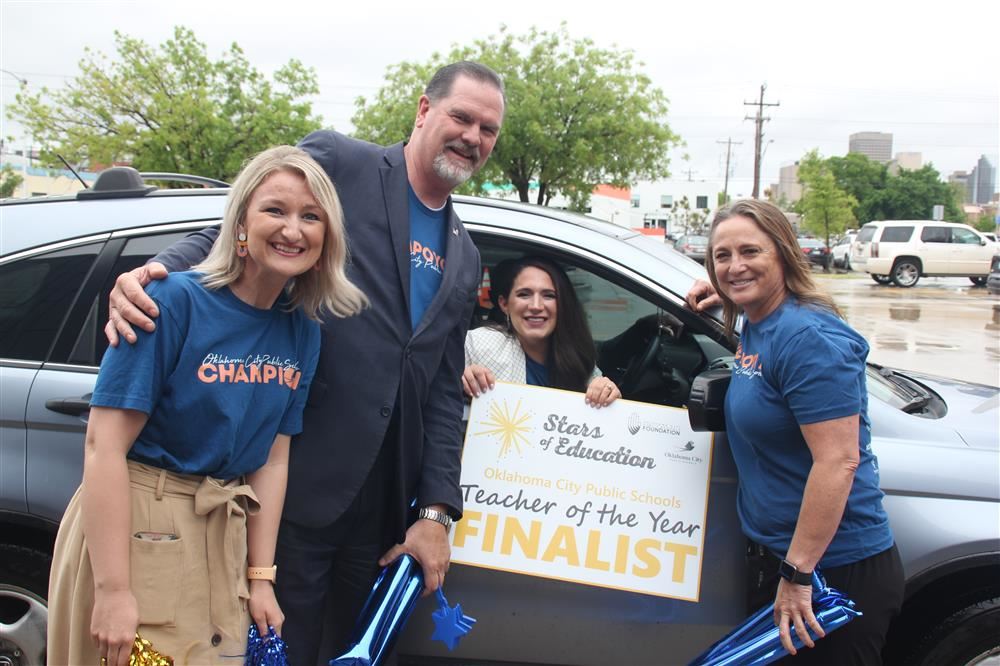 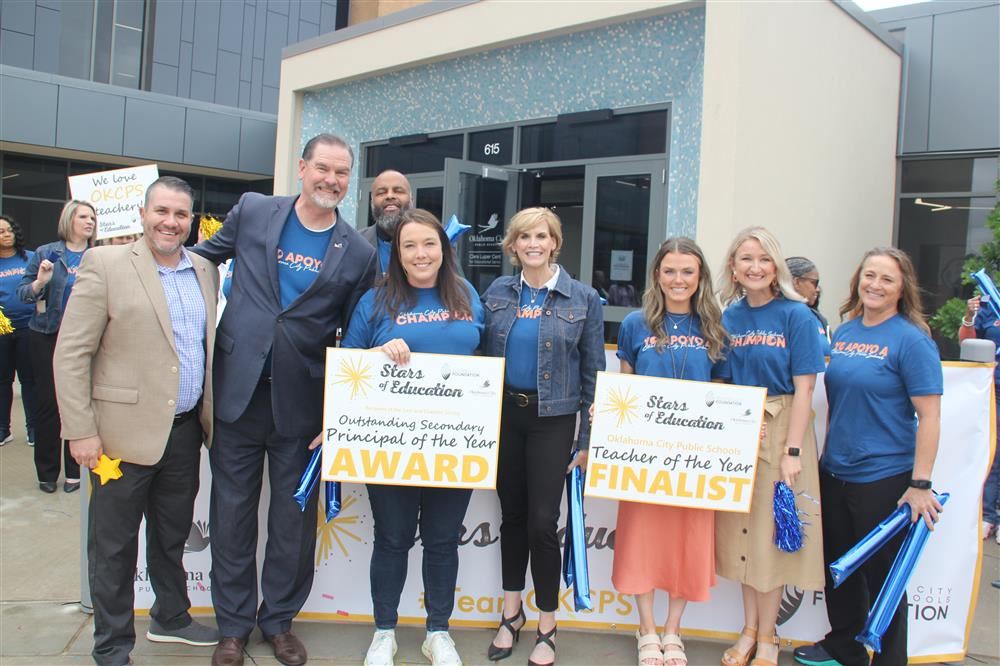 The nine finalists for this year’s award were selected from the district’s site teachers of the year and were also recognized at the Stars of Education event. All nine finalists received a cash award from the OKCPS Foundation and additional prizes from the Oklahoma City Thunder, Sonic, and Really Good Stuff. The finalists included:

“Stars of Education gives us the opportunity to recognize all the wonderful individuals and partners who make education work. But, it’s a really special time to celebrate the glue that holds it all together –the ones who make the magic happen in classrooms every single day –our teachers,” said Superintendent Sean McDaniel. “These past few years have shown us just how far teachers will go to take care of our kids. It’s been so inspiring to see their dedication, their innovation, their passion, their hearts at work every day. Congratulations Kimberly and all of our finalists. And, thank you to every OKCPS teacher who shows up every day for our kids. You are all making a difference.”

The Sam and Charolet Shirley Outstanding Principal Award winners also were recognized during the Stars of Education. Richelle Dodoo-Taylor of Willow Brook Elementary and Deserae Jackson of Wheeler Middle School both received a cash award plus $1,000 to use toward Partners in Action projects at their schools.

The Valuable Volunteer and Super Support Staff winners were also recognized during the event. Gina McKean, volunteer at Buchanan Elementary, Robin Fearnow, volunteer at Britton Elementary and Chauncey Shillow, volunteer at Coolidge Elementary and Roosevelt Middle School were honored as this year’s OKCPS Valuable Volunteers and their schools will receive a $500 award to use toward a Partners in Action project. Super Support Staff honorees included: Elizabeth Hernandez, front office clerk at Hawthorne Elementary; Janice Ricer, Pre-K assistant at Johnson Pre-K; and Perla Rodriguez, ELL teaching assistant at Arthur Elementary. Each received a $500 cash prize from The Foundation.

Two Partners in Action Community Partners of the Year were named during the event as well. American Fidelity was named the large business honoree and Crossings Community Church was named the nonprofit/faith-based honoree.